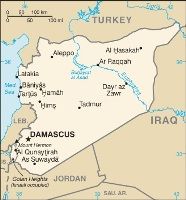 The latest horrifying massacre in Syria and the divisive presidential election in Egypt demonstrate the turmoil across the Middle East. But will the Arab world soon coalesce into a Muslim power to be reckoned with?

The dominoes fell quickly in Tunisia, Egypt and Libya. Not so in poor, suffering Syria.

Following the Memorial Day national holiday in the United States, we awoke to gruesome images of the deaths of infants and children in the Houla area on the western side of Syria, close to Homs and Hama, sites of previous unrest and killings.

Reportedly over half of the more than 100 dead were defenseless women and children, massacred in house-to-house killings by Assad regime loyalists. “U.S. National Security Council spokesman Tommy Vietor said the United States was horrified by ‘credible reports’ of the massacre, ‘including stabbing and ax attacks on women and children’” (CNN.com, May 28, 2012).

Several videos were posted online, though reporting on the carnage was hampered by the sheer brutality of the images. “Confounding coverage is that some of the footage coming out of Houla is so gruesome as to be—as one British broadcaster called it—‘unbroadcastable.’”

With no apparent end in sight, calls for Western intervention are increasing. But what form would such intervention take? With Russia still dragging its feet and China insisting the world community should not intervene in internal Syrian matters, decisive UN action seems unlikely.

Some supporters of the Syrian opposition are clamoring for assistance for the beleaguered anti-Assad forces. “Arm the free Syrian army” has been the plea of many online videos, with repeated calls for the United States to do something, including arming the opposition and providing them with electronic and technological help to avoid being cut down by the Assad regime’s forces.

Following the Houla massacre, many Western nations set about expelling Syrian diplomats and downgrading relations with Syria. “The Netherlands, the United States, Australia, Great Britain, France, Germany, Italy, Spain, Bulgaria and Canada all announced Tuesday that they were expelling some Syrian diplomats. In some cases, it was just the ambassadors; in others, numerous diplomats were expelled” (CNN.com, May 29, 2012). Some are predicting this will be a turning point in the bloody Syrian civil war.

Yet Syria has forces at work that complicate matters and don’t bode well for the end of the nightmare. The Alawite Syrian regime is an offshoot of Shia Islam, and hence aligned with Shiite Iran and its allied militias, such as Hezbollah in Lebanon and Muqtada al-Sadr’s Iraqi militia. These forces know that if Assad goes, so does a key link in the Shiite orbit in the Middle East.

According to an anonymous Syrian opposition leader, “Iran knows that if Assad falls, their entire power structure all the way to Hezbollah in Lebanon will also fall. But there is a limit to how much Iran will do to help Syria. They won’t send in army units to save him because they know this will be a cause for Israel to attack them” (Haaretz.com, May 28, 2012).

The conflict in Syria is already reigniting old sectarian tensions in Lebanon, with street clashes between Alawites and Sunni Muslims in Tripoli (“Syria’s Conflict Stirs Up Old Rivalries in Lebanon,” CNN.com, May 24, 2012) and an undermining of the powerful Shiite Hezbollah party, which has come to dominate Lebanese politics. Hezbollah has been accused of hypocrisy for backing the “Arab Spring” revolutions but standing by Syrian President Bashar al-Assad.

Would Lebanon erupt if Assad falls? Time may tell.

In the meantime, the Arab world’s most-populous nation, Egypt, continues to show signs of frustration and instability. The early hopes for the “Arab Spring” have evaporated, and the recent presidential elections have left many Egyptians wary and suspicious.

A commonly heard sentiment is that Egyptians don’t want a return to the repressive ways of the Mubarak regime; nor do they favor the Islamists, who were slow to back the revolt last year and who support a change to sharia law.

And yet that’s exactly what the choice seems to be. Out of a pack of some 13 presidential candidates, the two leading contenders emerged in the form of the Muslim Brotherhood’s Mohammed Morsi, polling 24.35 percent, and Ahmed Shafiq, who was the last prime minister in the Mubarak regime, with 23.26 percent. Other candidates of a more moderate Islamist line, or favoring a secularist position, failed to qualify for Egypt’s second round of voting on June 16 and 17. Only the top two qualify for the runoff.

Mr. Shafiq is detested by many Egyptians. He is viewed as an unwelcome symbol of the old regime, with its repression and denial of democratic rights. He is favored by some wealthy Egyptians who prefer a counterweight to the Islamist-dominated parliament elected in January. Yet Mr. Shafiq’s unpopularity was eloquently demonstrated on Monday night (May 28), as demonstrators attacked and damaged the headquarters of his campaign, strewing political pamphlets on the streets of an upscale Cairo neighborhood.

Mr. Morsi is distrusted by many who want to avoid a monopoly of power in the hands of the Islamists. Members of the Coptic Christian minority, along with secularists, are expressing alarm about the possibility of a Morsi victory in June, leading to Islamist domination of all branches of the Egyptian government.

Looking into the future

Where will all this lead? The near future is uncertain, yet we know from Bible prophecy that religion will yet provide the engine of great movements on the world stage.

This time the conflict will be far more decisive. Both coalitions will be united by religious beliefs, and both will be implacably opposed to the other. Yet it will be the European-based “king of the North” who will vanquish the “king of the South” based in the Middle East (Daniel 11:40-43) and come to dominate the city of Jerusalem (verse 45), just before the return of Jesus Christ (verse 45).

All this suggests that some of the sectarian divisions in the Muslim world will be overcome, at least temporarily, as the centuries-old conflict between political Christianity and political Islam reasserts itself at the time of the end.

Let’s keep our eyes on events in the Arab world as Bible prophecy unfolds!

Ralph Levy is a minister of the Church of God, a Worldwide Association, and an instructor at Foundation Institute, who grew up in England and now lives in the United States. Dr. Levy enjoys reading, travel and foreign languages. He has a Ph.D. in biblical studies and has worked in foreign language and religious education for much of his life.

Read more about the Middle East in Bible prophecy: