Does it take a tall, muscular frame to make a man? Do you have to be able to fight to be a real man? Or can masculinity be more subtle than some imagine? 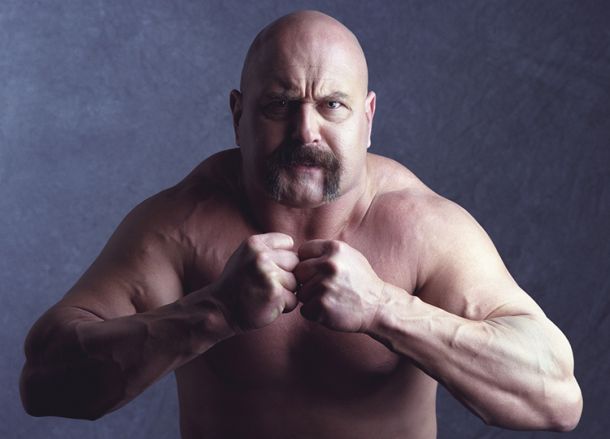 When asked to name an example of a “real man,” who would you think of? For many, I imagine it would be someone like John Wayne—a strong man who doesn’t mince words and is capable of using force to get what he wants. Others would have different opinions of what a man should be.

While I have nothing against Mr. Wayne, is that the type of man we should aspire to be? In order to get a better idea of what a man should be, we should look at the one source that isn’t based on opinion—God’s Word, the Bible!

What the Bible says

The Bible doesn’t have a chapter titled, “A real man is …” But there are examples of men who demonstrated certain principles that can guide us. The best example of perfectly balanced masculinity is Jesus Christ (1 Peter 2:21).

By looking at Christ and other men of character in the Bible, we can see that the “tough guy” image isn’t necessarily an ideal model for proper masculinity. Consider these three characteristics of real manhood that can be seen throughout the Bible.

No need to be a “tough guy”

Some feel that in order to be a real man you have to be a “tough guy”—someone who takes no sass, can force his will on others and can gain respect by impressing others.

This is not the type of man that Jesus Christ was. He didn’t try to impress others through His presence, strength or willpower. When He was brought before Pontius Pilate, Christ didn’t declare, “I’m the One who destroyed Sodom and Gomorrah, flooded the earth and took down Egypt, so I advise you to let Me go!” Instead, He stayed quiet and did nothing to defend Himself (John 18).

Another example of someone who didn’t have to be the “tough guy” was Boaz, the man who later married Ruth. After receiving what amounted to a proposal from Ruth, Boaz didn’t try to impress her by showing off his new oxcart or giving a display of strength. Instead, he promised her that he would do everything he could to see that she was cared for (Ruth 3).

Many men feel that they are to show the same amount of emotion as the Easter Island heads—none. To some men, displaying emotions is considered a sign of weakness. Women show emotions, while guys just suck it up and power through.

But this isn’t the biblical standard. God gave men emotions for a reason—so that we could use them to enjoy life and properly connect to other human beings. All of the biblical heroes displayed emotion—from King David to the apostle Paul.

Christ showed a wide array of perfectly controlled emotions: He wept (John 11:35), He rejoiced (Luke 10:21) and experienced the other emotions that make up the human experience. This isn’t to say that one must wear his emotions on his sleeves or that it’s wrong to be less emotional.

Jesus cared for everyone, especially showing compassion for those who followed Him (Matthew 9:36; 14:14) and even those who were killing Him (Luke 23:34). David, the man known best for his victories in battle, also cared for others, as shown when he helped the grandson of the former king of Israel (2 Samuel 9).

For more insight into biblical masculinity, read “3 Characteristics That Define a Real Man.”