General George Patton is known as a bold leader who played a vital role in World War II. What lessons in leadership can we learn from him? 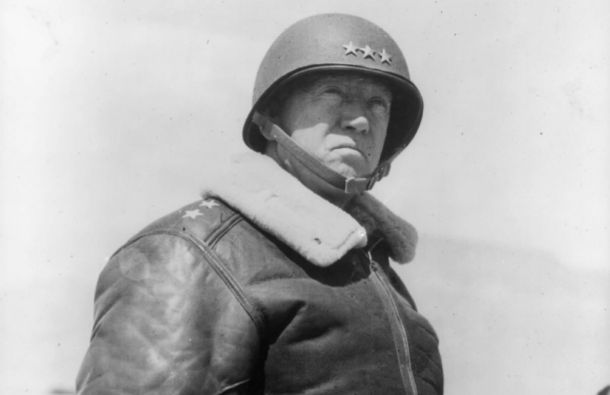 General George S. Patton is often seen as one of the most successful military tacticians in modern history. Both books and movies have documented his military leadership during World War II when he played a crucial role in the downfall of Adolf Hitler’s Third Reich.

In a world where leadership lessons have been found in the lives of military leaders such as Attila the Hun and Genghis Khan, let’s consider some lessons we can glean from General Patton. While not everything in this famous general’s life is worthy of emulation for Christians, here are three leadership lessons from his life that are valuable for us to learn and practice.

Use the past, don’t discard it

General Patton once said, “Prepare for the unknown by studying how others in the past have coped with the unforeseeable and the unpredictable.” In his lifetime, Patton dealt with the unknown frequently. In the World War I, he was one of the pioneers for what was (at the time) the revolutionary technology of the tank. Between the wars, he advocated the use of tanks and continued to pioneer their use.

Patton’s method for handling difficulties was looking at the past and learning from those who have gone before us. This is also the advice that we are given in the Bible: “Now these things became our examples, to the intent that we should not lust after evil things as they also lusted” (1 Corinthians 10:6). The context describes looking at ancient Israel’s historical mistakes, but the principle applies to all of history.

The Bible shows us an example of another leader who looked to the past for his role model. King Josiah, trying to bring Israel back from the darkness of his father’s evil reign, looked up to one man who had done things right—King David (2 Kings 22:1-2). By using David as a role model, Josiah was able to zealously do all that God called on him to do and lead his people the right way.

While denying that anyone was fearless, Patton showed a powerful example of courage. In many battles, he would direct his men from the front lines, where he was in the greatest danger. This resulted in him getting shot on at least one occasion, but his methods didn’t change. This courage, some would argue, was a vital part of his success as a military leader. George Washington also demonstrated this same kind of courage in the American Revolutionary War.

Leaders must show courage. This is why God repeatedly told Joshua to be courageous before he started to lead Israel into the Promised Land (Joshua 1:6-7, 9). In order to lead effectively, we must be willing to sacrifice for those who are following us.

While Christians shouldn’t show courage through warfare and killing (Matthew 5:44; 2 Corinthians 10:3), we are able to show courage in a variety of other ways. Stephen, the first martyr of the early Church, gives a powerful example of someone who courageously stood up for his beliefs, even when the result was death (Acts 6:8–7:60). The apostle Paul encouraged Christians to have the courage to “stand” (Ephesians 6:11, 13)—in other words, to courageously resist Satan and the negative influences of this world.

Patton often said, “Never tell people how to do things. Tell them what to do, and they will surprise you with their ingenuity.” It can be hard to let other leaders develop. Some leaders often feel that they need to have control over every aspect of the operation to ensure its success, even though this is impossible. Patton’s philosophy was different: Let other leaders develop, and they will pull through for you.

The Bible gives similar advice. Christ advised His followers not to be like those who “lord it over them” (Mark 10:42). Instead of dominating everything through control (and sometimes abuse), we should give others space to do things their way, only giving them a nudge, encouragement or further guidance when necessary.

This was the example that Christ set as well. When Christ felt that His followers were capable, He sent them out to preach the gospel and do the work on their own (Matthew 10:1-5). While giving them advice and guidance on what to do and how to do it, He didn’t micromanage their every decision. Instead, He went His way and focused on His unique mission (Matthew 11:1).

Leadership isn’t easy. These biblical leadership lessons can be difficult to apply. The lessons from history can be seen to apply to different situations in different ways. Courage is not an easy quality to acquire, and we often need God’s help. Relinquishing a little control so that other leaders can grow is very difficult to do.

As difficult as they are, these are lessons that we must learn and apply in order to be effective leaders. Will we learn these lessons and apply them to our lives?

For further insight into the topic of leadership, read “Leadership Lessons From Washington and Lincoln” and “Where Have All the Leaders Gone?”