How “The Joseph Effect” Can Affect Your Job 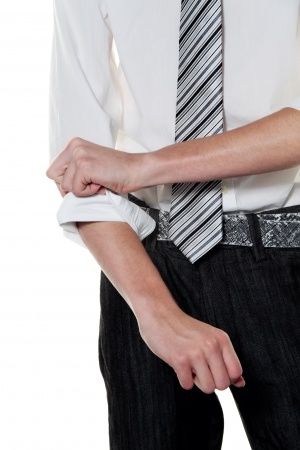 We can face challenges in today’s uncertain economy. Is there a biblical key we can apply to not only maintain our employment but have God’s blessings?

Have you ever heard of the “Joseph effect”?

Over the years, God’s people have been able to experience and observe “the Joseph effect” in their employment. It can be extremely encouraging!

What is the “Joseph effect”? It is when genuine Christians do their jobs as if they work directly for God, depend on His provision for economic survival, and are ultimately blessed. When the “Joseph effect” is put into action, God provides even if employment prospects are restricted.

Joseph clearly had few employment opportunities when he was sold as a slave and bought by Potiphar. We are told that “his master saw that the LORD was with him and that the LORD made all he did to prosper in his hand” (Genesis 39:3). Because of this, Potiphar promoted Joseph to be the “overseer of his house” (verse 4)—essentially entrusting Joseph with everything he owned. This resulted in even more physical blessings coming upon Potiphar’s house (verse 5).

The key to Joseph’s success

Joseph diligently applied himself to whatever task he was given until his competence, reliability and positive attitude were noticed. When it was evident that he experienced success in all that he did, Joseph was trusted with complete oversight. It is quite an amazing account—especially when we consider that he was a Hebrew slave in an Egyptian household!

The story also illustrates that one promotion does not mean everything will always be rosy. Joseph made the decision to uphold his integrity instead of doing what could have benefited him at the time. Because of his moral integrity, Joseph later found himself in jail (verses 7-20).

The “Joseph effect” in prison

Yet here again—under even more precarious employment conditions—the “Joseph effect” came into play. He was now an imprisoned Hebrew slave; but from behind prison walls, he again diligently applied himself to whatever tasks he was given and received “favor in the sight of the keeper of the prison” (verse 21). Though Joseph’s work ethic and conduct were likely a factor in this, we must also remember that God was with Joseph and blessed him (verse 21).

As a prisoner, Joseph might have felt he was at the end of his rope, with no more possibility of promotion. But Joseph continued to do his best in whatever circumstance he found himself. In the end, God’s favor caused Joseph’s work ethic and effort to be noticed and rewarded. This is the “Joseph effect” in action.

Encouragement from the “Joseph effect”

It is a most encouraging thing when we see our brethren receive blessings in their jobs. Have you seen this happen among some of your friends? Recently I saw this with someone facing uncertainty in his job. When the member proved his diligence, it all turned around beautifully.

As true Christians, we realize benefits come from having God as our partner in employment. In today’s uncertain economy and job market, much of our unseen help comes from God’s favor and promise to never leave or forsake us (Hebrews 13:5). It’s up to us to continue to work as if we are working directly under God—and trust in Him to provide the blessings!

To learn more about the principles of succeeding at work, read our article “Hard Work.”

Lynn Marshall and her husband, Graemme, serve in Canada. Mr. Marshall serves as COGWA Canada office manager and pastor of the Toronto congregation.